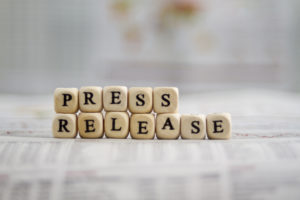 WASHINGTON, D.C., September 26, 2017 –  A new report says that the underutilized Saver’s Credit can be modified so that it encourages low and moderate income taxpayers to save for retirement. A series of legislative fixes – some small and others more substantial – would make the program less complex and more likely to achieve its intended goal of providing greater incentives and increase retirement savings for those Americans who need it the most.

Possible structural and administrative changes to the program are contained in a new Issue Brief, Improving the Saver’s Credit for Low and Moderate Income Workers. The study is co-authored by Jennifer Erin Brown, manager of research with the National Institute on Retirement Security and David C. John, senior strategic policy advisor with AARP.

“Americans are deeply worried about how they are going to pay the bills when they are no longer able to work. The typical working family should be anxious because they have not been able to save anything for retirement,” says study co-author Jennifer Brown. “It is imperative that policymakers look at ways to make it easier for Americans to save at a time when the nation faces a massive retirement savings shortfall. Modifying the Saver’s Credit would be a step in the right direction because it would eliminate some unnecessary hoops and hurdles for middle and low income workers to save for retirement,” Brown said.

“Reforming the Saver’s Credit would help low and moderate income workers supplement Social Security benefits by increasing their retirement savings,” David C. John said. “Providing a benefit to those who save encourages people to build their own retirement security, and it reduces their need for other taxpayer financed services. The relatively small cost of an improved Saver’s Credit could make a big difference in the future.”

In 2001, Congress created the Saver’s Credit to help low and moderate income workers who contribute to a retirement plan. From 2006 – 2014, only about three to five percent of eligible tax filers claimed the Saver’s Credit. The credit is underutilized because it is unnecessarily complex to claim, not widely known, and because most low-and moderate-income taxpayers do not have access to a retirement savings plan with their employer.

Potential options for strengthening the Saver’s Credit include:

The National Institute on Retirement Security is a non-profit, non-partisan organization established to contribute to informed policymaking by fostering a deep understanding of the value of retirement security to employees, employers, and the economy as a whole. Located in Washington, D.C., NIRS’ diverse membership includes financial services firms, employee benefit plans, trade associations, and other retirement service providers. More information is available here.