Inaction on retirement policy is no longer an option.  That was the cross-cutting message delivered by thought leaders at the NIRS policy conference, “Raising the Bar:  Policy Solutions for Improving Retirement Security” earlier this year. Policy makingin the nation’s capital often is rife with division and partisan politics.  Instead, the NIRS conference was convened to identify what is working and find common ground to spur action on pragmatic retirement policy solutions.

The conference convened thought leaders from across the retirement industry and policy spectrum—retirement plan service providers, regulators and policymakers,plan sponsors and administrators, representatives of employees and retirees, academics and policy experts.

The expert speakers did not disappoint, offering up a wide range of proposals that touched on virtually every aspect of the United States retirement system: pension plans, individual retirement savings, Social Security, and retiree healthcare.  Moreover, many of the policy proposals at the center of discussion have since been enacted. Across the board, there was broad agreement that we’ve reached a breaking point. Inaction is no longer an option. Three structural improvements were identified that will help rebuild a 21st century road to retirement:

The conference concluded with mutual agreement that changes can and must be made.  The dialogue spurred at the conference was proof that reasonable people can agree on common sense solutions despite varied vantage points.  But a difficult task remains — translating policy ideas into action to raise the bar on retirement security. 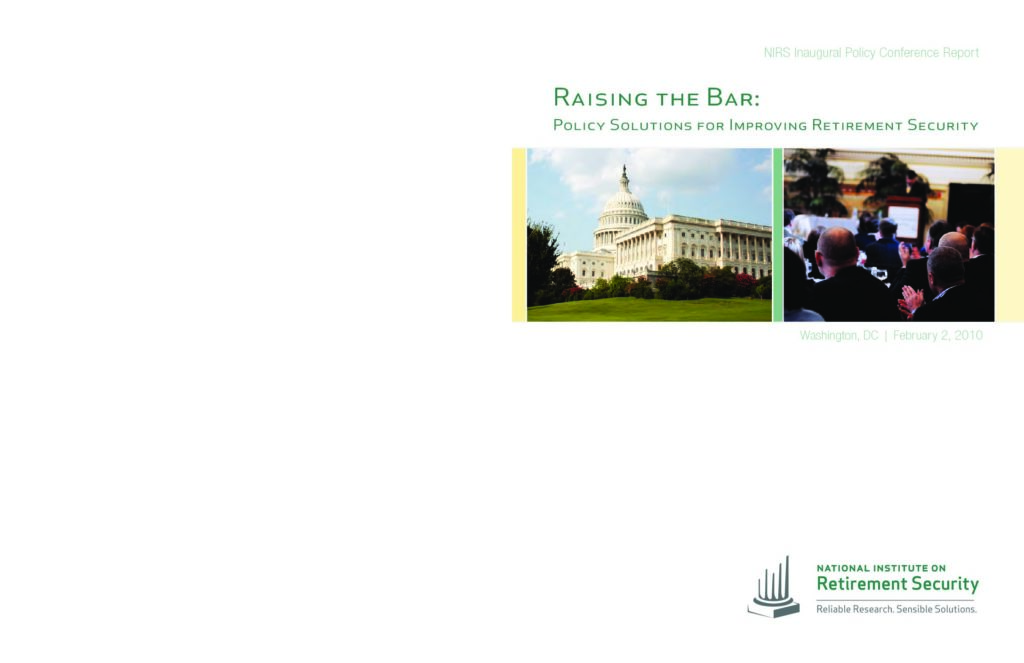