These results come as most working Americans are not on track for a secure retirement. Half of U.S. households will not have enough retirement income to maintain their standard of living in retirement. The causes of the retirement savings crisis are many, including fewer pensions, lower Social Security income, and the rising costs of housing, healthcare, and long-term care. To help Americans lacking retirement plans at their workplace, many states have taken action, establishing state- facilitated retirement savings programs.

Conducted by Greenwald Research, information for this study was collected from interviews conducted between December 4–10, 2020, of 1,203 individuals aged 25 and older. The final data were weighted by age, gender, and income to reflect the demographics of Americans aged 25 and older. 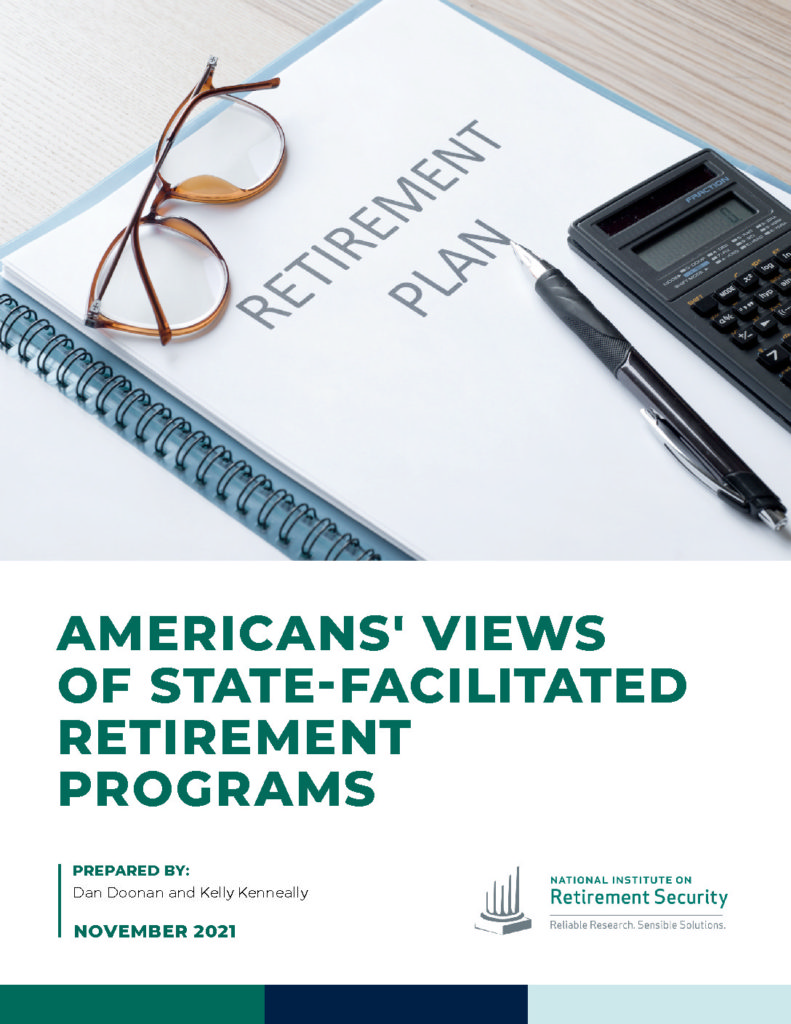