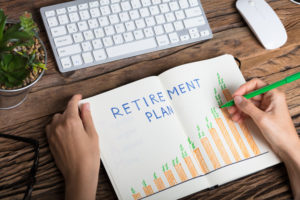 WASHINGTON, D.C., November 18, 2021 – A national survey finds strong support for new state-facilitated retirement programs aimed at helping workers without employer-provided plans save for retirement. The vast majority of Americans (72 percent) agree that state-facilitated retirement savings programs are a good idea, with high support across party and generational lines. Three-quarters of Americans say they would participate in these retirement programs if offered in their state, and most express favorable views of features like portability and low fees.

These findings are contained in a new issue brief from the National Institute on Retirement Security (NIRS), Americans’ Views of State-Facilitated Retirement Programs. Download the research here.

“It’s encouraging that many states are taking action to help employees save for retirement, and it’s equally promising to see strong public support for these new retirement programs,” said Dan Doonan, NIRS executive director and report co-author. “At the same time, it’s important to note that the state-facilitated programs are a backstop for employees who lack workplace plans like pensions and 401(k) accounts.”

These results come as most working Americans are not on track for a secure retirement. Half of U.S. households will not have enough retirement income to maintain their standard of living in retirement. The causes of the retirement savings crisis are many, including fewer pensions, lower Social Security income, and the rising costs of housing, healthcare, and long-term care.

Since 2012, some 46 states have either enacted, studied, or considered legislation that would establish state-facilitated retirement programs, according to Georgetown University’s Center for Retirement Initiatives. Currently, 14 states and two cities have enacted these new programs for private sector workers.

While each program is different, the most popular type of program that states are enacting automatically enrolls workers in moderate risk, low-cost retirement savings accounts referred to as auto-IRAs. Typically, the state-facilitated programs require private sector employers lacking retirement plans to provide their employees with access to retirement accounts through payroll deductions. These programs are overseen and administered by the state, while investments are managed by private companies. Workers in states that offer these programs can access these retirement savings accounts when they retire.

Conducted by Greenwald Research, information for this study was collected from interviews conducted between December 4–10, 2020, of 1,203 individuals aged 25 and older. The final data were weighted by age, gender, and income to reflect the demographics of Americans aged 25 and older. Tabulations in some of the charts may not add up to 100 due to rounding.