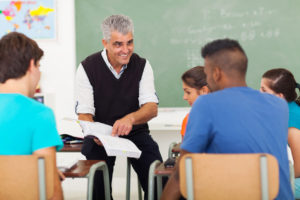 The research also finds that PPA resulted in more workers covered by defined contribution (DC) plans that used auto-enrollment in 401(k) accounts. But since enactment of the law, the overall number of households with retirement plans has declined from 55 percent in 2007 to 51 percent in 2013. Moreover, the typical automatic contribution rates to DC accounts are too low to provide adequate retirement savings for middle class Americans, and the most common investment default, target date funds, tend to have higher fees.

These findings are contained in a new issue brief from the National Institute on Retirement Security (NIRS), 10 Years After the Pension Protection Act: Effects on DB and DC Plans. The research brief analyzes the trends in both DB and DC retirement plans for private sector workers to assess the impacts of the legislation, and it is available here.

“If we learned anything from the recent elections, it’s that Americans are beyond angry about their economic insecurity. Some 86 percent of Americans say the nation faces a retirement crisis, and 87 percent say leaders in Washington just don’t understand how hard it is to save for retirement. This retirement anxiety is a big part of the economic and political unrest the nation is facing,” says Diane Oakley, NIRS executive director.

“Our new issue brief confirms what we already know – Americans are not well prepared for retirement and the situation is worsening due to the unintended impact of the PPA. Instead of strengthening retirement security, the PPA has had the opposite impact. It’s acted as pension poison,” Oakley said.

She added, “If the new Congress and the President-elect are serious about addressing Americans’ economic anxiety, a bold first step would be to make a long-term fix to the PPA funding rules. Americans have told us that the disappearance of pensions is killing the American dream. To stop further decline of pension availability, changes should be made to the PPA so that employers have better predictability and less volatility in the annual cost of funding pension plans. These changes should be permanent to give companies more control to budget for pension costs.”

Key findings of this issue brief are as follows:

For DB pension plans, an unintended consequence of the PPA has emerged in that employers are less and less willing to sponsor these plans. And, more employers have frozen existing plans.

DC plans with automatic enrollment have seen some increased participation, but the overall changes are not enough to ensure adequate retirement security for most workers. Contribution rates are far too low, and perhaps even lower than they would be without auto-enrollment.

The National Institute on Retirement Security is a non-profit, non-partisan organization established to contribute to informed policymaking by fostering a deep understanding of the value of retirement security to employees, employers, and the economy as a whole. Located in Washington, D.C., NIRS’ diverse membership includes financial services firms, employee benefit plans, trade associations, and other retirement service providers.