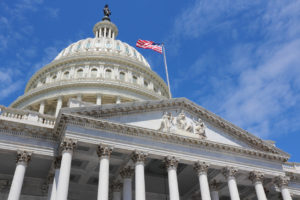 With the debate on tax reform in full swing in Congress, tax incentives for savings appear to have avoided the chopping block. Yet, while sparing them doesn’t make it harder for American families to save for retirement, it doesn’t make it any easier either. There is much tax bill amending and horse trading still to come, so it is far too early to take our eyes off the ball. If tax reform does eventually pass, and tax breaks for retirement remain untouched, we cannot declare victory. Instead, Congress should expand support for savings, and make that support simple and fair.

Congress should improve the effectiveness of savings incentives for working and middle class Americans. In their current form, the vast majority of these incentives are channeled to higher earners, leaving out many low and middle income families. The saver’s credit, a little known tax credit that was originally intended to encourage lower income households to save, is poorly designed and underutilized.

Due to complex eligibility restrictions and an unwieldy claiming process, fewer than 10 percent of all taxpayers are eligible for the credit and just over half of those actually claim it, according to research from the National Institute on Retirement Security. Tax reform legislation should make the credit refundable, which would go a long way toward creating a fair and more equitable set of incentives.

Read the full article in The Hill here.