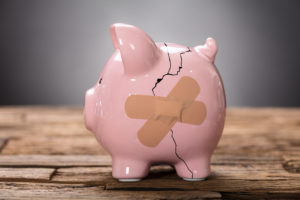 Retirement Savings Closely Correlated with Income and Wealth; Individuals with Retirement Accounts Have More Than Three Times Income of Those Without Accounts

WASHINGTON, D.C., SEPTEMBER 17, 2018 – A new research report finds that the retirement savings levels of working age Americans remain deeply inadequate despite economic recovery. An analysis of U.S. Census Bureau data reveals that the median retirement account balance among all working individuals is $0.00. The data also indicate that 57 percent (more than 100 million) of working age individuals do not own any retirement account assets in an employer-sponsored 401(k)-type plan, individual account or pension.

The analysis finds that overall, four out of five working Americans have less than one year’s income saved in retirement accounts. Also, 77 percent of Americans fall short of conservative retirement savings targets for their age based on working until age 67 even after counting an individual’s entire net worth – a generous measure of retirement savings. Moreover, a large majority of working Americans cannot meet even a substantially reduced savings target. These findings are contained in a new research report, Retirement in America | Out of Reach for Most Americans?  The report is issued today by the National Institute on Retirement Security (NIRS) and is available here.

A webinar to review the findings is scheduled for Thursday, September 20, 2018, at 11 AM ET. Register here.

“The facts and data are clear. Retirement is in peril for most working-class Americans,” says Diane Oakley, report author and NIRS executive director. “When all working individuals are considered — not just the minority with retirement accounts — the typical working American has zero, zilch, nothing saved for retirement.”

Oakley added, “What this report means is that the American dream of a modest retirement after a lifetime of work now is a middle-class nightmare. Even among workers who have accumulated savings in retirement accounts, the typical worker had a low account balance of $40,000. This is far off-track from the savings levels Americans need if they hope to sustain their standard of living in retirement.”

The retirement savings shortfall can be attributed to a multitude of factors and a breakdown of the nation’s retirement infrastructure. There is a massive retirement plan coverage gap among American workers, fewer workers have stable and secure pensions, 401(k)-style defined contribution (DC) individual accounts provide less savings and protection, and jumps in the Social Security retirement age translate into lower retirement income.

The catastrophic financial crisis of 2008 exposed the vulnerability of the DC-centered retirement system. Many Americans saw the value of their retirement plans plummet when the financial markets crashed and destroyed trillions of dollars of household wealth. Asset values in Americans’ retirement accounts fell from $9.3 trillion at the end of 2007 to $7.2 trillion at the end of 2008. The economic downturn also triggered a decline in total contributions to DC retirement accounts as many employers stopped matching employee contributions for a time pushing total contributions below 2008 levels. Since then, the combined value of 401(k)-type accounts and IRAs reached $16.9 trillion by the end of 2017. Unfortunately, this increase in total retirement account assets did not translate to improved retirement security for the majority of American workers and their families who have nothing saved.

In this uncertain environment, Americans face an ongoing quandary: how much income will they need to retire, and can they ever save enough? To maintain their standard of living in retirement, the typical working American needs to replace roughly 85 percent of pre-retirement income. Social Security, under the current benefit formula, provides a replacement rate of roughly 35 percent for a typical worker. This leaves a retirement income gap equal to 50 percent of pre-retirement earnings that must be filled through other means.

To understand the challenges working-class individuals face in retirement, the report provides an analysis of the U.S. Census Bureau’s Survey of Income and Program Participation (SIPP) data released in 2016 and 2017. The study analyzes workplace retirement plan coverage, retirement account ownership, and retirement savings as a percentage of income, and estimates the share of workers that meet financial industry recommended benchmarks for retirement savings.

The National Institute on Retirement Security is a non-profit organization established to contribute to informed policymaking by fostering a deep understanding of the value of retirement security to employees, employers, and the economy through national research and education programs. Located in Washington, D.C., NIRS has a diverse membership of organizations interested in retirement including financial services firms, employee benefit plans, trade associations, and other retirement service providers. More information is available at www.nirsonline.org