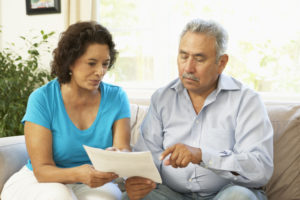 Latino Retirement Plan Participation Rate 22 Percentage Points Lower Than Whites; Only 21.6% of Latinos Have $1 or More Saved for Retirement

Webinar on December 11th at 11 AM ET to Review Findings

WASHINGTON, D.C., December 5, 2018 – A new report finds that inequalities in access and eligibility for employer-sponsored retirement plans produce persistent retirement savings gaps for Latinos. As a result, Latinos are falling behind in preparing for retirement. Only 31 percent of all working age Latinos participate in workplace retirement plans, resulting in a median retirement account balance equal to $0.

These findings are featured in new research, Latinos’ Retirement Insecurity in the United States, from the National Institute on Retirement Security (NIRS) and UnidosUS.

Register for the webinar here. “The latest data in this report reinforce the persistent barriers to retirement readiness facing Latinos. What is particularly concerning about the report’s findings is that, while Latino workers have the highest rates of take-up when offered and eligible for a plan, they have the lowest rates of access to a retirement savings plan. It is critical, then, that we work to increase Latinos’ eligibility, along with their access, in order to increase the number of Latinos that could save for retirement in employer-sponsored plans,” said Samantha Vargas Poppe, director of the Policy Analysis Center at UnidosUS.

The research finds that:

The report indicates that the following policy options would greatly benefit Latinos:

This report updates and builds upon a 2013 report, Race and Retirement Insecurity in the United States, and is based on an analysis of the 2014 Survey of Income and Program Participation (SIPP) Social Security Administration (SSA) Supplement data from the U.S. Census Bureau. The report examines the disparities in retirement readiness between working Latinos aged 21 to 64 and other racial and ethnic groups.

UnidosUS, previously known as NCLR (National Council of La Raza), is the nation’s largest Hispanic civil rights and advocacy organization. Through its unique combination of expert research, advocacy, programs, and an Affiliate Network of nearly 300 community-based organizations across the United States and Puerto Rico, UnidosUS simultaneously challenges the social, economic, and political barriers that affect Latinos at the national and local levels. For 50 years, UnidosUS has united communities and different groups seeking common ground through collaboration, and that share a desire to make our country stronger. For more information on UnidosUS, visit www.unidosus.org or follow us on Facebook and Twitter.