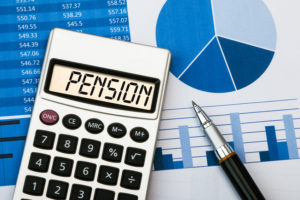 WASHINGTON, D.C., August 7, 2019 – A new series of case studies finds that states that shifted new employees from defined benefit pensions to defined contribution or cash balance plans experienced increased costs for taxpayers, without major improvements in funding. The research also indicates that the move away from pensions cuts employees’ retirement security and that employers may face increasing challenges hiring and retaining staff to deliver public services.

Download the case studies here. Register here for a webinar scheduled for Tuesday, August 13, 2019, at 2:00 PM ET to review the findings.

“The data make it clear that closing a pension plan to new employees increases taxpayer costs and doesn’t close any funding shortfalls. What’s important to understand is that switching away from pensions starves the plan of employee contributions while the liabilities remain. This can reduce the economic efficiencies of a pension system as the number of retirees grows compared to the number of employees paying in. Ultimately, taxpayers are left with the bill. Moreover, such a switch undermines employees’ retirement security and triggers workforce challenges for employers,” he explained.

“It’s our hope policymakers and stakeholders will carefully review the data and experiences in Alaska, Kentucky, Michigan and West Virginia as they consider any retirement plan design modifications,” he said.

In Alaska, closing the pension plans has not helped the state manage the existing unfunded liability. Despite a $3 billion infusion of the state’s financial resources, the combined unfunded liability for pension benefits was higher in 2017 than it was in 2005. Alaska has managed to improve the funded status of both its plans modestly after increasing its commitment to funding, yet the unfunded actuarial accrued liability for pension benefits has increased in the pension plans since 2005.  And, many workers face a retirement with no Social Security or pension.

In Kentucky, the legislature enacted a new tier of benefits for plans in the Kentucky Retirement Systems (KRS). Public employees hired since January 1, 2014, participate in a cash balance hybrid plan instead of the pension plan. This move was positioned as a way to improve KRS funding. One of the KRS plans (KERS Non-Hazardous) was funded in fiscal year 2004 at 85.1 percent. By fiscal year 2018, the funded status was down to 12.88 percent.

In Michigan, the State Employees’ Retirement System (SERS) pension plan has been closed for more than 22 years with all new-hires participating in a defined contribution plan. When the SERS pension plan closed in 1997, the plan was actually overfunded with 109 percent of assets. As of September 30, 2017, the plan was only 66.5 percent funded and had an unfunded liability of $6 billion.  And, the system now must be managed with 6 retirees per worker.

In West Virginia, the Teachers’ Retirement System (TRS) pension plan was closed in 1991, placing new teachers in a defined contribution plan. With teachers facing low retirement account balances, the state re-opened the pension after calculating that it could provide equivalent benefits at half the cost of the defined contribution plan. When West Virginia reopened the pension plan in 2005, the funded status of the plan was at 25 percent. The state has made steady progress improving the funded status with disciplined contributions. By 2008, the plan improved its funded status to 50 percent. In 2018, the plan was 70 percent funded.

Each analysis examines the key issues and the impact of the plan change over time. Specific areas include: the impact on the overall demographics of the system membership; changes in the cost of providing benefits under the plan; the percent of the actuarially determined employer contribution made by the state and other public employers each year; the effect on the retirement security of workers impacted by the change; and the impact on the overall funding level of the plan over time. To the extent possible, the case studies also examine subsequent action taken by policymakers to address the results of the plan changes.

The National Institute on Retirement Security is a non-profit, non-partisan organization established to contribute to informed policymaking by fostering a deep understanding of the value of retirement security to employees, employers, and the economy as a whole. Located in Washington, D.C., NIRS’ diverse membership includes financial services firms, employee benefit plans, trade associations, and other retirement service providers. More information is available at www.nirsonline.org. Follow NIRS on Twitter @nirsresearch.