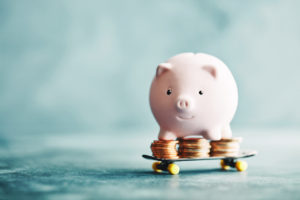 Only 7% of Retirees Have Ideal Situation of Income from Three Sources: Social Security, a Pension and Savings

Pensions Kept Nearly One Million Retirees Out of Poverty, Reduced Public Assistance Costs by $4 Billion in 2013

WASHINGTON, D.C., January 14, 2020  – Only a small percentage of older Americans, seven percent, receive income from Social Security, a defined benefit pension, and a defined contribution account. Retirement income from these three sources is widely considered to be the ideal situation to ensure retirement security, particularly for the middle class. Retirees with these three sources of income are far less likely to face poverty and economic hardship.

A new report also finds that a large portion (40 percent) of older Americans rely only on Social Security income in retirement. Social Security alone is not considered sufficient for a secure retirement, and it was not intended to stand alone. Typically, benefits from Social Security replace approximately 40 percent of pre-retirement income. Most financial planners recommend at least a 70 percent income replacement rate for retirees, while others say this should be even higher given longer lifespans and rising health costs. In fact, the analysis indicates that if Social Security income had been ten percent greater in 2013, there would have been about 500,000 fewer older households in poverty.

These findings are contained in a new report from the National Institute on Retirement Security (NIRS), Examining the Nest Egg: The Sources of Retirement Income for Older Americans. The report is co-authored by Tyler Bond, NIRS manager of research, and Dr. Frank Porell, University of Massachusetts Boston professor emeritus.

Download the report here. Register here for a webinar scheduled for Wednesday, January 15, 2020 at 2:00 PM ET.

“The findings of this research reveal that Social Security has a profound role to play in preventing elder poverty,” said Dan Doonan, NIRS executive director. “Our analysis indicates that if Social Security income had been just ten percent higher in 2013, there would have been about 500,000 fewer poor older households. Accordingly, protecting and expanding Social Security should be a top priority for policymakers interested in the financial of security of America’s middle class and to keep them from falling into poverty.”

“But Social Security alone is not enough to provide a secure retirement,” Doonan cautioned. “It is clear from the data that pensions serve an important function in keeping working families in the middle class in retirement, more so than DC accounts that disproportionately benefit higher income Americans. The most surefire way to achieve a secure retirement is to have income from all three sources. But this just isn’t the case for most older Americans today, and we are on a treacherous path for the future with dwindling pensions and proposals to cut to Social Security.”

The study data were drawn from the first wave of the re-engineered 2014 Survey of Income and Program Participation (SIPP) and the 2014 Social Security Administration (SSA) Supplement on Retirement, Pensions, and Related Content.  It includes an analysis of all respondents to both the SIPP and SSA Supplement who were age 60 years or older, and who worked fewer than 30 hours per week or not at all. It also includes all households with a householder age 60 or older, where neither the householder nor the spouse/partner worked 30 or more hours per week or didn’t work at all.