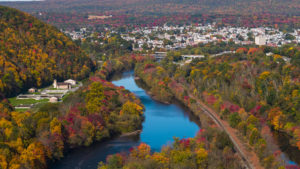 Public pension benefits provide a vital source of retirement security to the retired public employees who earned them during their years of public service. But the impact of public pension benefits goes beyond the retirees, spouses, and other beneficiaries of these plans. These benefit dollars also play a critical role in supporting local economies, especially in small towns across America.