The study was conducted by the National Institute on Retirement Security and Pension Trustee Advisors on behalf of the Office of New York City Comptroller John C. Liu. It is based on a similar national report conducted by NIRS, and uses current data from the five New York City retirement systems. The study found that costs associated with traditional pensions range from 36 percent to 38 percent less than 401(k)-type individual accounts. 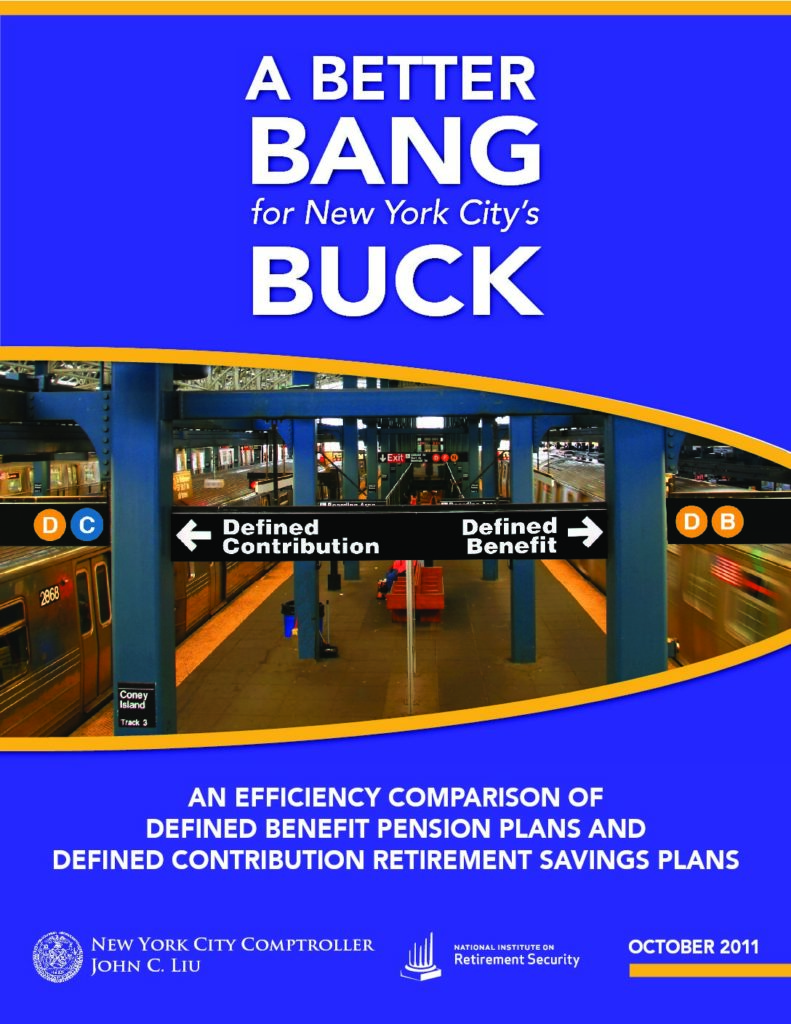