For example, in Washington the default retirement plan is a combination DB/DC plan. Employees must affirmatively act to elect to participate in the DB pension plan instead, and they do. The majority of newly-hired employees – six out of every ten new hires – actively choose a pension plan.

The research is co-authored by Jennifer Brown, manager of research for the National Institute on Retirement Security (NIRS) and Matt Larrabee, principal and consulting actuary with Milliman. 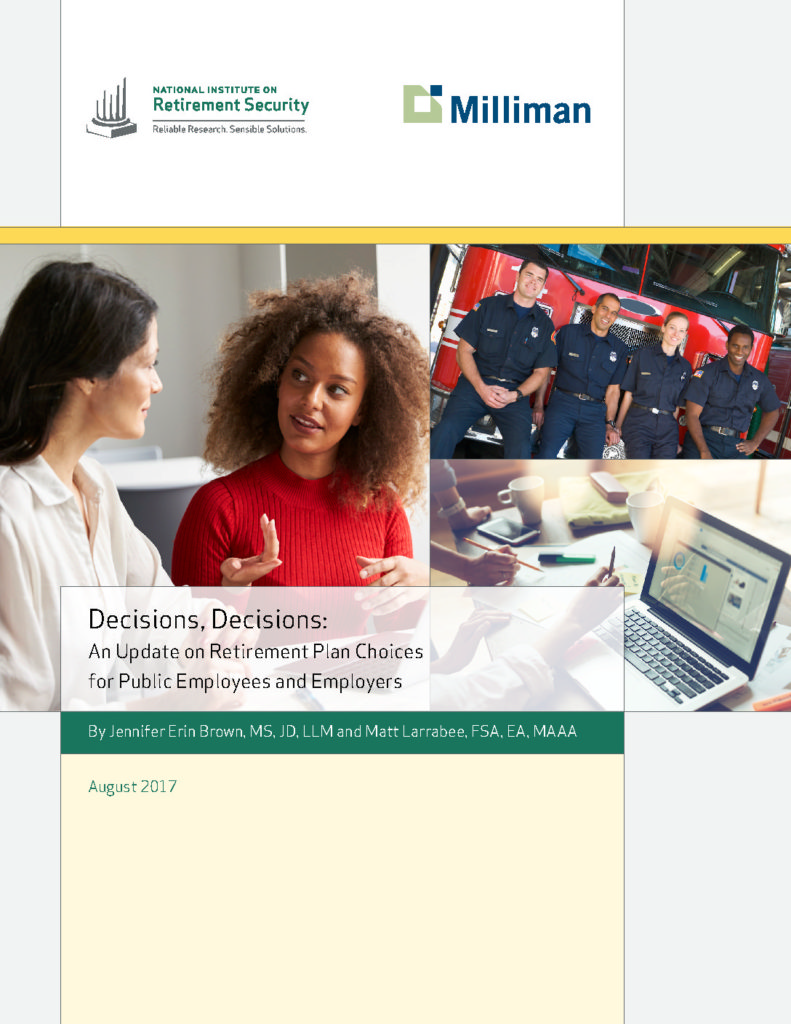