This study analyzes data on specific private sector pension plans (referred to as “multiemployer plans”) to assess the overall national economic impact of benefits paid by these plans to retirees.

We estimate the employment, output, value added, and tax impacts of pension benefit expenditures from multiemployer plans at the national level, and find that the economic gains attributable to private sector multiemployer DB pension expenditures are considerable.

In 2016, $41.8 billion in pension benefits were paid to 3.5 million retired Americans covered by multiemployer plans. The average benefit paid to retirees covered by these plans was $11,935 per year. Expenditures made out of those pension payments collectively supported: 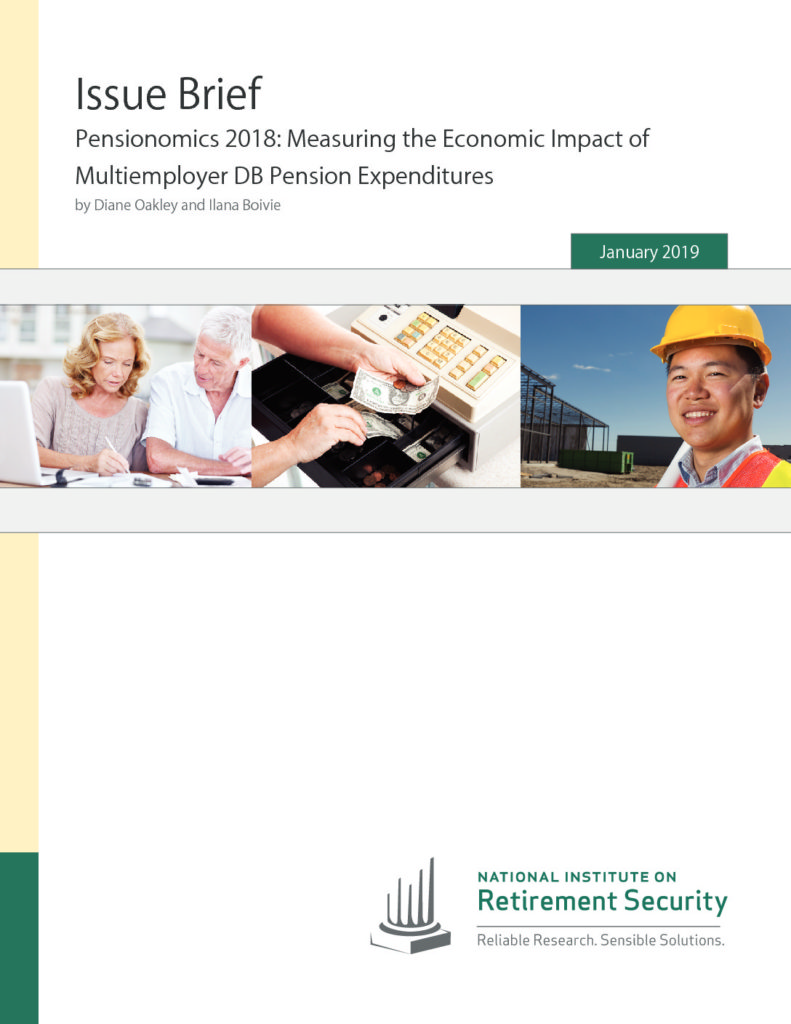