New research finds retirement insecurity across the nation. Americans say access to pensions would reduce anxiety and express strong support for government action to ease the way for employers to offer pensions.

Current economic conditions have more than eight out of ten Americans worried about their ability to retire.  Some 71% indicate they feel it is harder today to retire as compared to previous generations.

The findings indicate that Americans believe pensions can help reduce insecurity, with 55% expressing that a pension would increase their own retirement confidence and 84% saying that policymakers should make it easier for employers to offer pensions. Further, nearly nine out of ten Americans believe all workers should have a pension plan.

The survey was conducted by Mathew Greenwald & Associates, Inc. as a nationwide telephone interview of more than 800 Americans age 25 or older to assess their sentiment regarding retirement and actions the new Congress and Administration could take.

The key findings are as follows:

Support for a Government Role

What Americans Want From a Retirement Plan 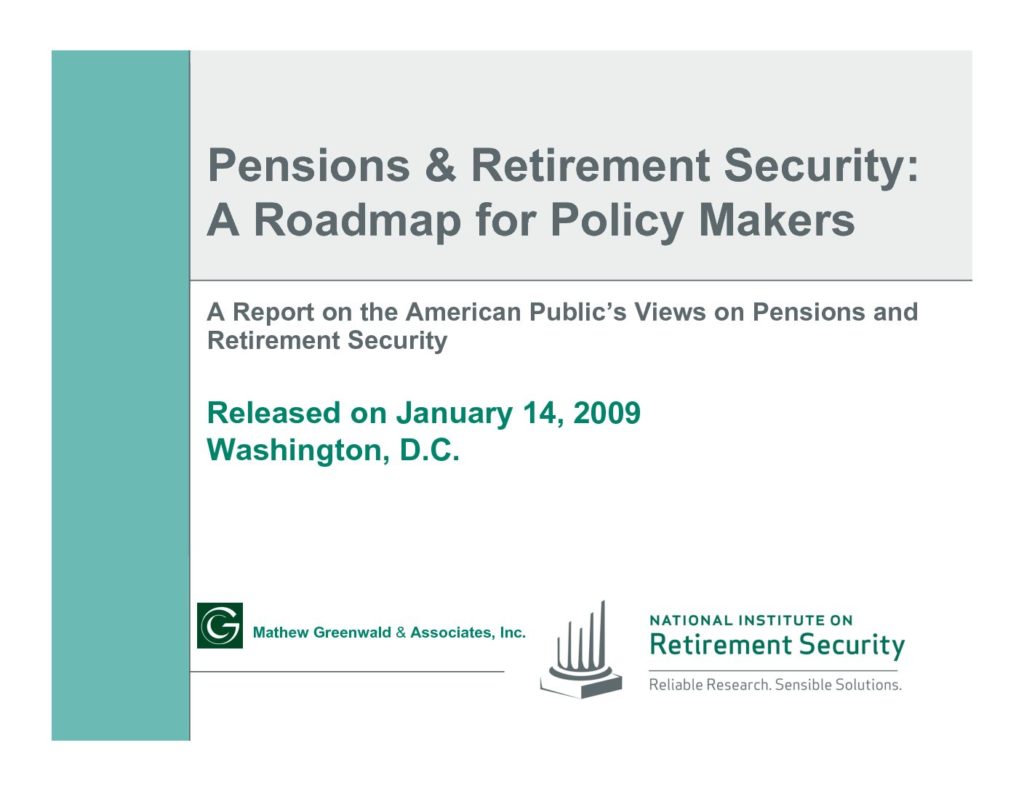