A new report calculates the severity of the U.S. retirement security racial divide. The analysis finds that every racial group faces significant risks, but people of color face particularly severe challenges in preparing for retirement. Americans of color are significantly less likely than whites to have an employer-sponsored retirement plan or an individual retirement account (IRA), which substantially drives down the level of retirement savings.

Authored by Nari Rhee, PhD, the key findings are as follows:

1. Workers of color, in particular Latinos, are significantly less likely than White workers to be covered by an employer-sponsored retirement plan—whether a 401(k) or defined benefit (DB) pension.

3. Households of color have substantially lower retirement savings than white households, even after controlling for age and income.

Race and Retirement Insecurity in the United States serves as a companion to NIRS’ July 2013 study, The Retirement Savings Crisis: Is It Worse Than We Think?, which documented a significant retirement savings gap among working-age households in the U.S.

This research is based on an analysis of data from the U.S. Bureau of Labor Statistics’ Current Population Survey Annual Social and the Federal Reserve’s 2010 Survey of Consumer Finance and analyzes data for whites, people of color and—where data permits—blacks, Latinos, and Asians. 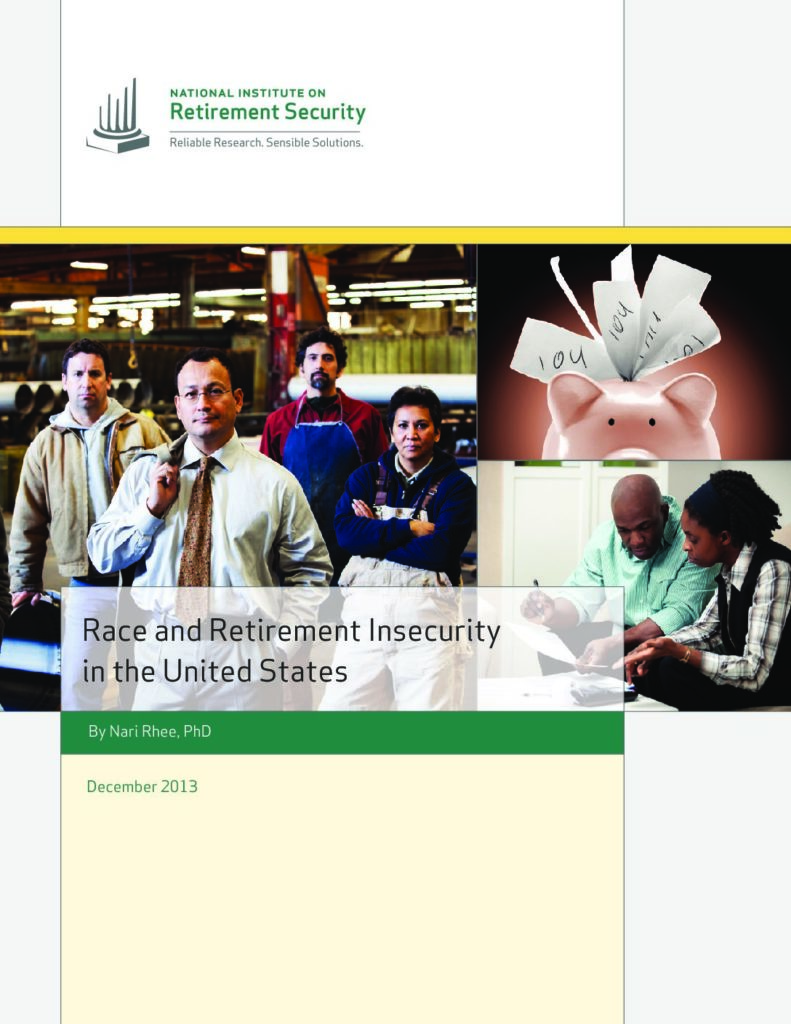