These findings are contained in a new research report, Retirement Security 2015: Roadmap for Policy Makers |Americans’ Views of the Retirement Crisis.

More specifically, the research finds that:

This biennial nationwide public opinion research is the fourth poll that measures how Americans feel about their financial security in retirement and assesses their views on policies that could improve their retirement outlook. It is intended to serve as a tool for policymakers, thought leaders and retirement service providers as they work to stem the retirement crisis and re-fortify the U.S. retirement infrastructure.

The polling was conducted by Greenwald & Associates as a nationwide telephone interview of 801 Americans age 25 or older. The data was balanced to reflect U.S. demographics for age, gender, and income. The margin of error is plus or minus 3.5 percent. 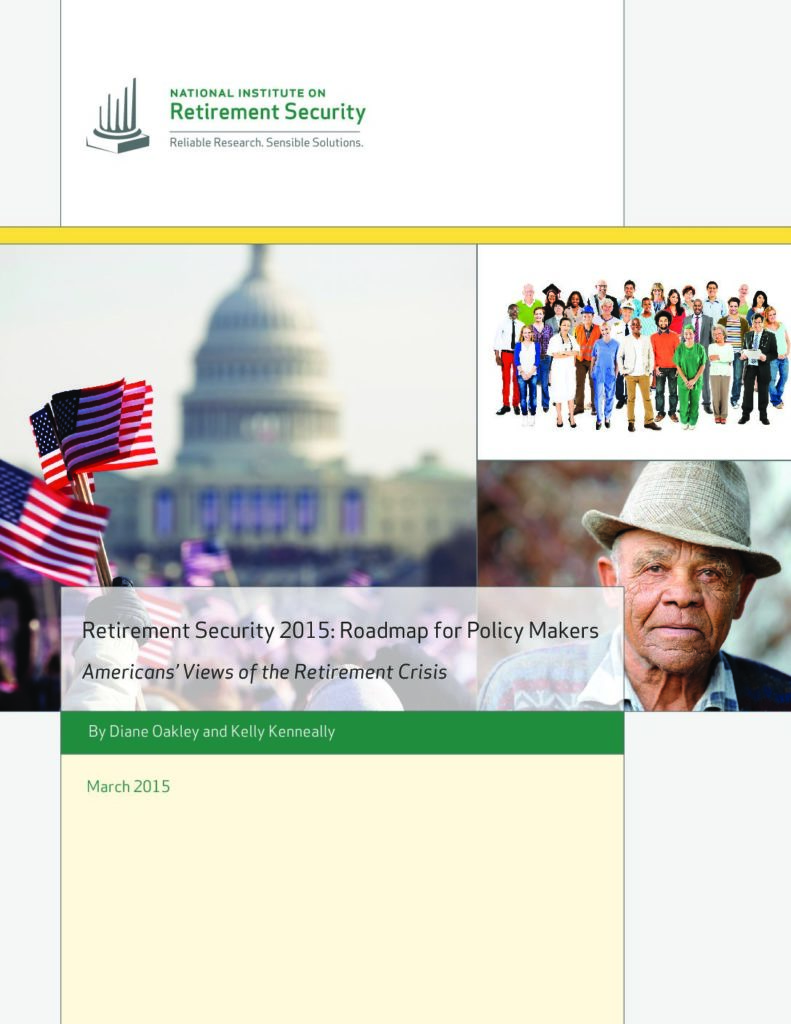