A new research report finds that across party lines, Americans are deeply worried about their economic security in retirement.

Retirement Security 2017: Americans’ Views of the Retirement Crisis finds that America faces a deep political divide, but not when it comes to economic security in retirement. This research reports that 76 percent of Americans are concerned about their ability to achieve a secure retirement, with that level of worry at 78 percent for Democrats and 76 percent for Republicans. Some 88 percent of Americans agree that the nation faces a retirement crisis, and the concern is high across party lines. The survey was conducted as a nationwide telephone interview of 800 Americans age 25 or older in to assess their sentiment regarding retirement and actions policymakers could take to strength retirement. Greenwald & Associates balanced the data to reflect the demographics of the United States for age, gender and income. The margin of error is plus or minus 3.5 percent. Sums of two or more figures may not equal the expected total due to rounding. 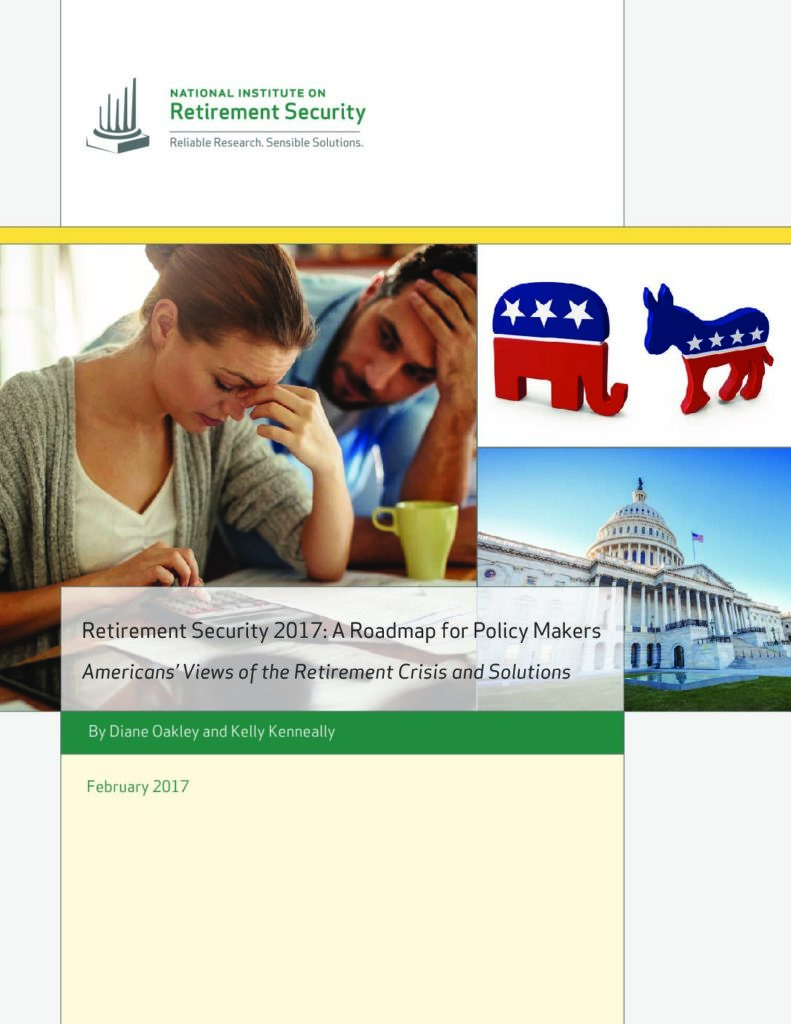