Shortchanged in Retirement, The Continuing Challenges to Women’s Financial Future, finds that across all age groups, women have substantially less income in retirement than men.

For women age 65 and older, the data indicate that their typical income is 25 percent lower than men. As men and women age, men’s income advantage widens to 44 percent by age 80 and older. Consequently, women were 80 percent more likely than men to be impoverished at age 65 and older, while women age 75 to 79 were three times more likely to fall below the poverty level as compared to their males counterparts. The report also finds that in 2010, men received $17,856 in median retirement income from a pension, whereas women received $12,000—or 33 percent less. There is also a gender gap in defined contribution or 401(k)-type retirement account assets. In 2014, the median amount accumulated in these savings accounts was $36,875 for men and $24,446 for women—or 34 percent less, according to Vanguard.

In addition to spotlighting the gender disparities, the report details public policy options that can help that reduce women’s vulnerability to financial hardship as they age. These proposals to strengthen retirement security for women include:

This report is based on the authors’ analysis of the 2012 Survey of Income and Program Participation (SIPP) data from the United States Census. It examines the distinct challenges posed by the current retirement system of Social Security, pensions, and savings for working-age women, retirement-aged women, and retired women. Report authors include Jennifer Erin Brown, NIRS manager of research; Nari Rhee, manager of the Retirement Security Program at the Institute for Research on Labor and Employment/Center for Labor Research and Education at the University of California at Berkeley; Joelle Saad-Lessler, recently with the New School for Social Research; and Diane Oakley NIRS executive director. A grant from BNY Mellon Investment helped make this report possible. 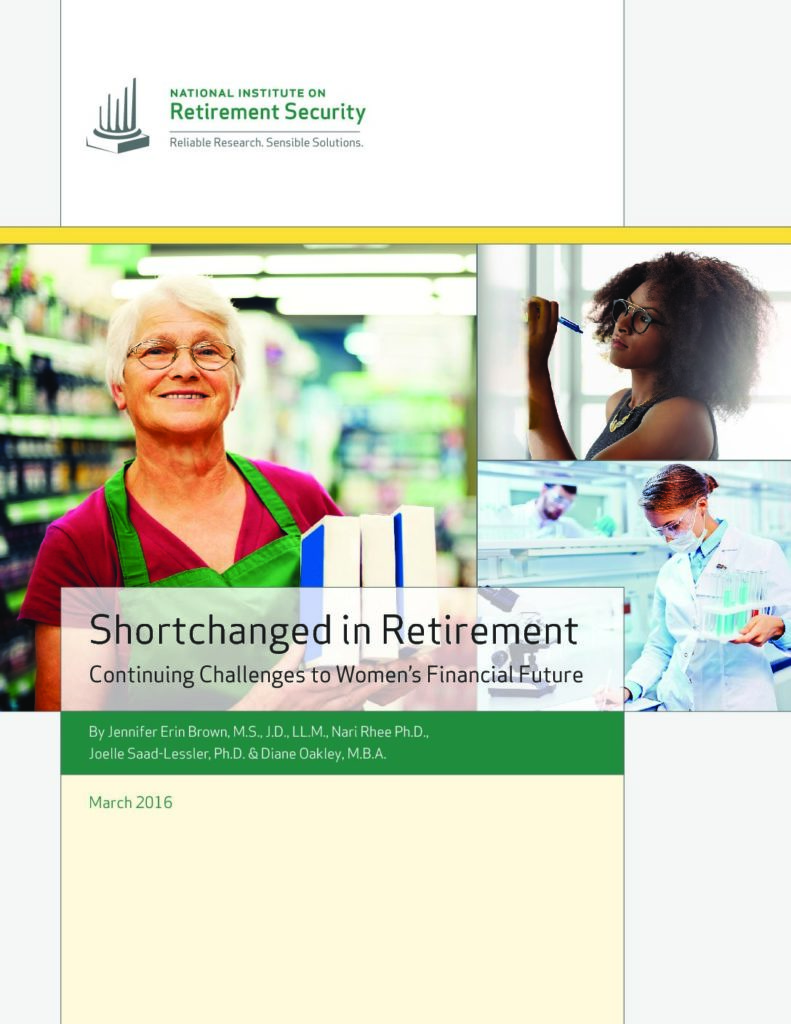