The report, The Continuing Retirement Savings Crisis, examines the readiness of working-age households, based primarily on an analysis of the Survey of Consumer Finances from the U.S. Federal Reserve System. The study analyzes workplace retirement plan coverage, retirement account ownership, and household retirement savings as a percentage of income, and estimates the share of working families that meet financial industry recommended benchmarks for retirement savings. 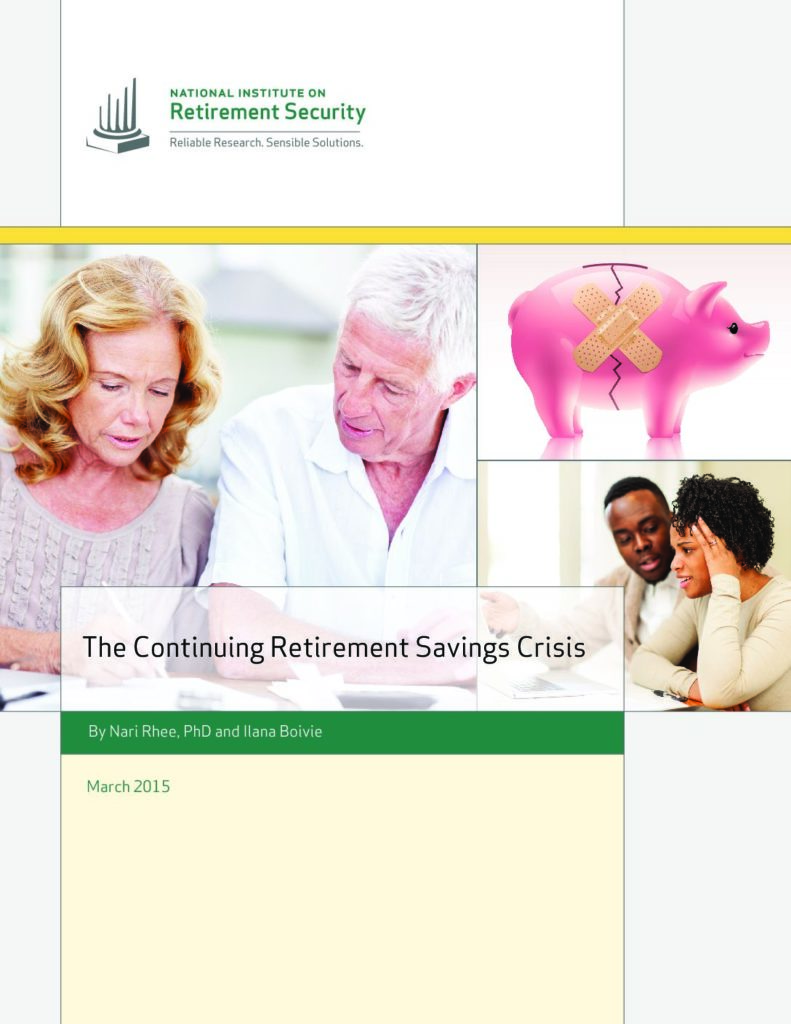