A new study calculates the impact of pensions for reducing the risk of elder American poverty and hardship, particularly for households headed by women and racial/ethnic minority groups.

The report estimates that in 2010, DB pension receipt among older American households was associated with:

The analysis also indicates pensions exert an independent, positive impact on older Americans’ economic well-being – the ‘pension factor.’  This ‘pension factor’ is particularly strong for more vulnerable subpopulations of elder households. The data indicate that gender and racial disparities in poverty rates, material hardships, and public assistance rates are greatly diminished, and in some cases nearly disappear, among households receiving pension income.  Households with a pension fare better than those without – even after controlling for socio-demographic factors such as education, race, gender, and work history.

The report was authored by Dr. Frank Porell, Professor of Gerontology at the University of Massachusetts-Boston, and Diane Oakley, Executive Director at the National Institute on Retirement Security.

The analysis was conducted using the U.S. Census Bureau’s Survey of Income Program Participation (SIPP) panels. The study sample included SIPP respondents age 60 years or older and all households with a head age 60 and older, who had records in both the Pension and Adult Well-Being topical modules of the survey. 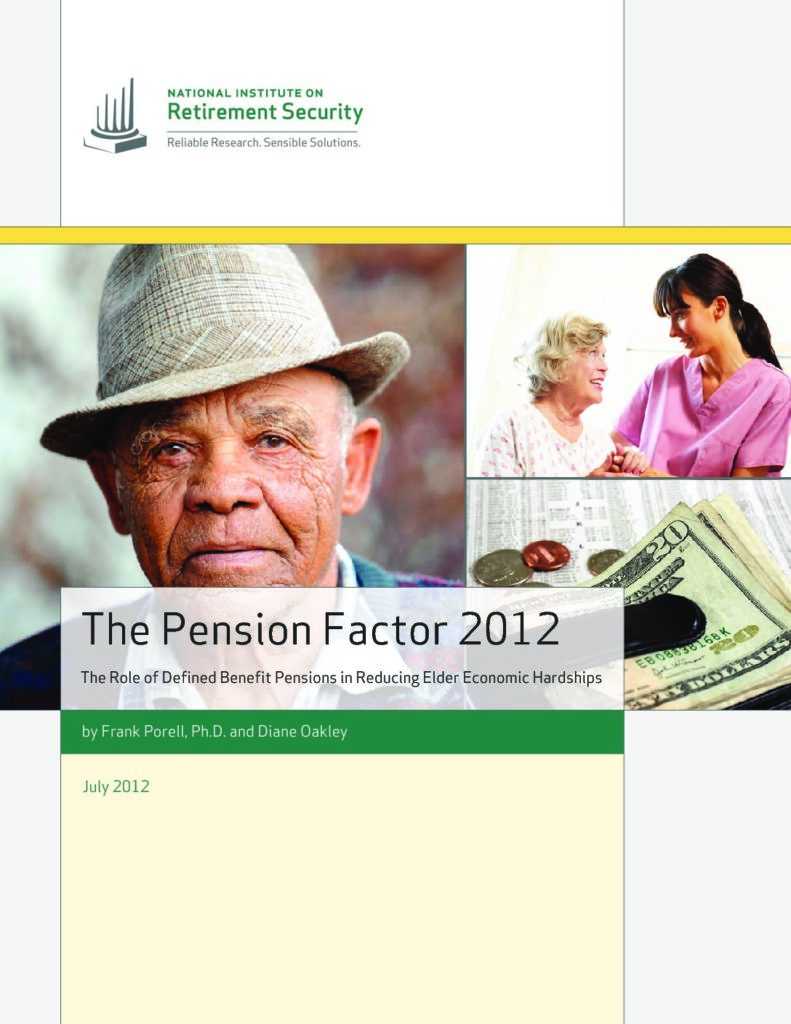