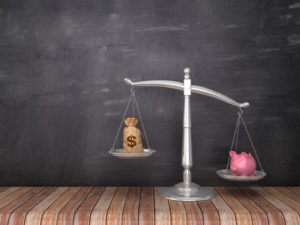 WASHINGTON, D.C., September 25, 2019 – A new research brief finds that financial asset inequality among Americans continues to increase, and the inequality is consistent across generations. This wealth inequality, combined with dangerously low retirement savings among most households, poses a significant threat to retirement for working Americans.

A webinar reviewing the findings is scheduled for Tuesday, October 1, 2019, at 2:00 PM ET. Register at no charge here.

“The expanding wealth chasm is putting retirement even further out of reach for working Americans,” said Tyler Bond, NIRS manager of research and co-author of the research brief. “Fewer and fewer workers are offered pensions, which means they must amass enough financial assets on their own to last through retirement. But our research shows this just isn’t happening. Instead, financial assets increasingly are concentrated among the wealthiest Americans, and there is a growing inequality in access to employer-sponsored plans that serve as a vital pillar of our retirement infrastructure. Unless something changes, retirement will become a luxury, and many Americans will miss out on this aspect of the American Dream.”

“There’s strong evidence that financial asset inequality will continue to grow worse in the coming decades,” said Nari Rhee, director of the Retirement Security Program at UC Berkeley Center for Labor Research and Education and report co-author. “Financial asset concentration among the wealthiest Gen X households is growing at least as fast as it did among Baby Boomers. And Millenials seem to have achieved comparable degree of financial asset concentration at much younger ages than GenXers and Baby Boomers,” she explained. This new issue brief reproduces the methodology of a 2006 Government Accountability Office (GAO) report, Retirement of Baby Boomers is Unlikely to Precipitate Dramatic Decline in Market Returns, but Broader Risks Threaten Retirement Security. The purpose of the report was to consider the likelihood of a meltdown in financial markets caused by Baby Boomers selling their financial assets to finance their retirement. GAO concluded that this was highly unlikely because the ownership of financial assets among Baby Boomers was highly concentrated at the top of the wealth spectrum.

The National Institute on Retirement Security is a non-profit, non-partisan organization established to contribute to informed policymaking by fostering a deep understanding of the value of retirement security to employees, employers, and the economy as a whole. Located in Washington, D.C., NIRS’ diverse membership includes financial services firms, employee benefit plans, trade associations, and other retirement service providers. More information is available at www.nirsonline.org. Follow NIRS on Twitter @NIRSonline.