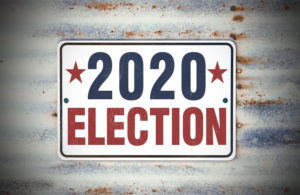 A Washington Post column says that Bernie Sanders is “a longtime Social Security champion and last year introduced legislation that would increase benefits for lower-income Americans, as well as change the cost-of-living formula to compensate for the higher inflation seniors experience thanks to their disproportionate medical spending.”

“It’s tough to overstate how important Social Security is: As the National Institute on Retirement Security pointed out in a study released Tuesday, the program is the only income source for 40 percent of retirees over the age of 60. Age discrimination remains a potent issue. For all the talk of raising the retirement age to account for longer lifespans, a majority of people over the age of 50 are likely to be forced out of their job at some point. This stuff is a day-to-day reality for millions of Americans. Whether or not Biden’s record on Social Security gets a full hearing in the Democratic primary — starting, say, with Tuesday night’s debate — it will certainly get one in a general election if he’s nominated.”