A new report finds that a large portion (40 percent) of older Americans rely only on Social Security income in retirement while only a small percentage of older Americans (seven percent) receive income from Social Security, a defined benefit pension, and a defined contribution account. Retirement income from these three sources is widely considered to be the ideal situation to ensure retirement security, particularly for the middle class. Retirees with these three sources of income are far less likely to face poverty and economic hardship.

These findings are contained in a new report from the National Institute on Retirement Security (NIRS), Examining the Nest Egg: The Sources of Retirement Income for Older Americans. The report is co-authored by Tyler Bond, NIRS manager of research, and Dr. Frank Porell, University of Massachusetts Boston professor emeritus.

The study data were drawn from the first wave of the re-engineered 2014 Survey of Income and Program Participation (SIPP) and the 2014 Social Security Administration (SSA) Supplement on Retirement, Pensions, and Related Content.  It includes an analysis of all respondents to both the SIPP and SSA Supplement who were age 60 years or older, and who worked fewer than 30 hours per week or not at all. It also includes all households with a householder age 60 or older, where neither the householder nor the spouse/partner worked 30 or more hours per week or didn’t work at all. 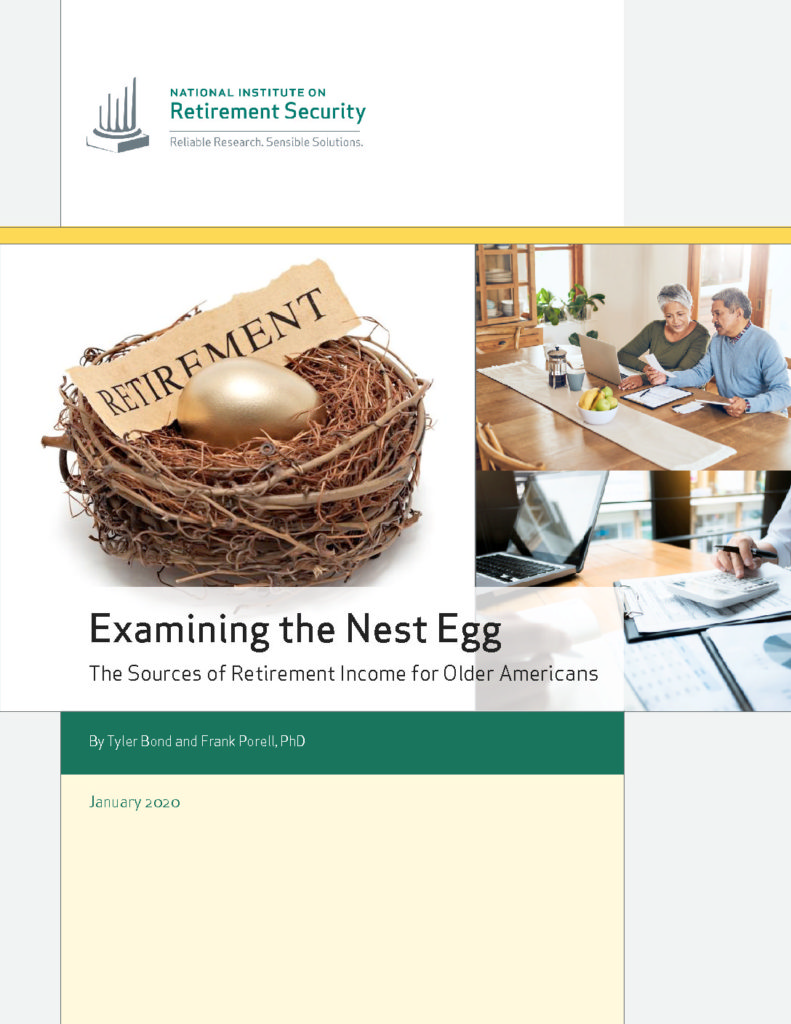