A series of legislative fixes – some small and others more substantial – would make the Saver’s Credit less complex and more likely to achieve its intended goal of providing greater incentives and increase retirement savings.

Possible structural and administrative changes to the program are contained in a new Issue Brief, Improving the Saver’s Credit for Low and Moderate Income Workers. The study is co-authored by Jennifer Erin Brown , manager of research with the National Institute on Retirement Security and David C. John, senior strategic policy advisor with AARP.

In 2001, Congress created the Saver’s Credit to help low and moderate income workers who contribute to a retirement plan. From 2006 – 2014, only about three to five percent of eligible tax filers claimed the Saver’s Credit. The credit is underutilized because it is unnecessarily complex to claim, not widely known, and because most low-and moderate-income taxpayers do not have access to a retirement savings plan with their employer.

Potential options for strengthening the Saver’s Credit include: 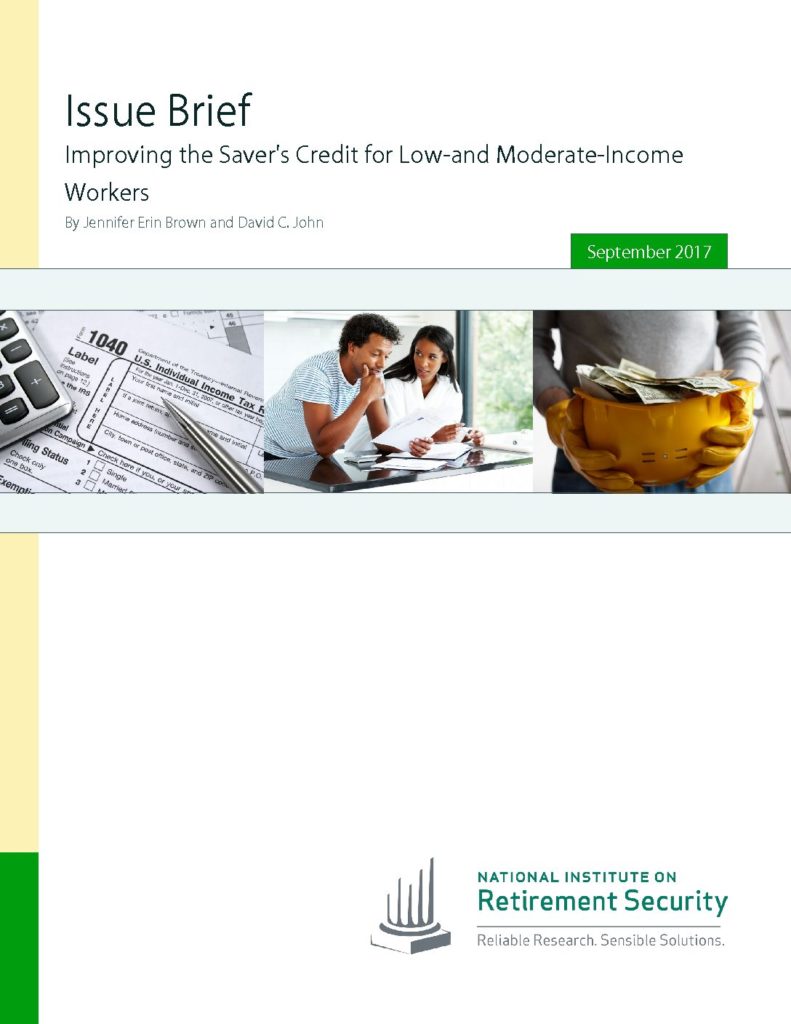