The analysis indicates that more than half of the tax breaks for defined contribution (DC) plans and Individual Retirement Accounts (IRAs) go to those in the top ten percent by income. Also, the top 30 percent of workers by income receive 89 percent of the present value of tax benefits for DC plans and IRAs. This leaves a “missing middle” because the tax code offers meager benefits for these working Americans to save for retirement. At the same time, these middle class workers face rising costs in retirement, often lack retirement plans at their jobs, and need more than just Social Security income in retirement to maintain their standard of living. 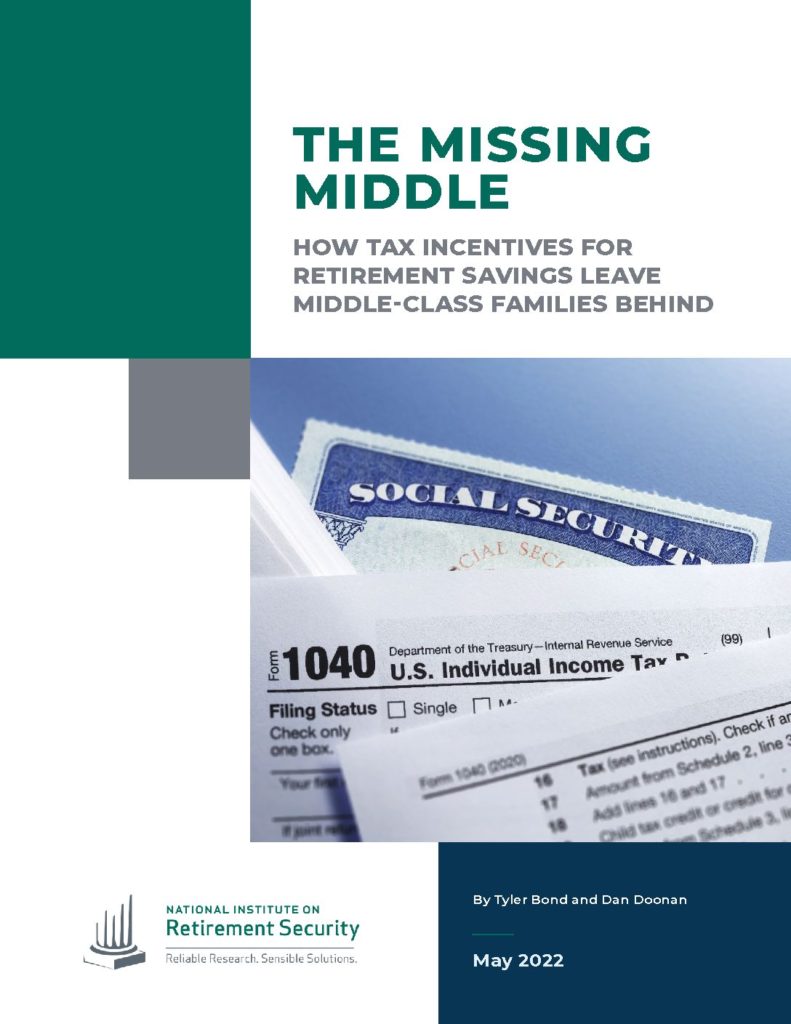