New public opinion research finds that Americans are united in their concern about retirement. In overwhelming numbers, Americans say the nation faces a retirement crisis, with Democrats at 80 percent, Republicans at 75 percent, and Independents at 75 percent.

These findings are contained in a new research, Retirement Insecurity 2019: Americans’ Views of the Retirement Crisis, published by the National Institute on Retirement and based on research conducted by Greenwald & Associates. 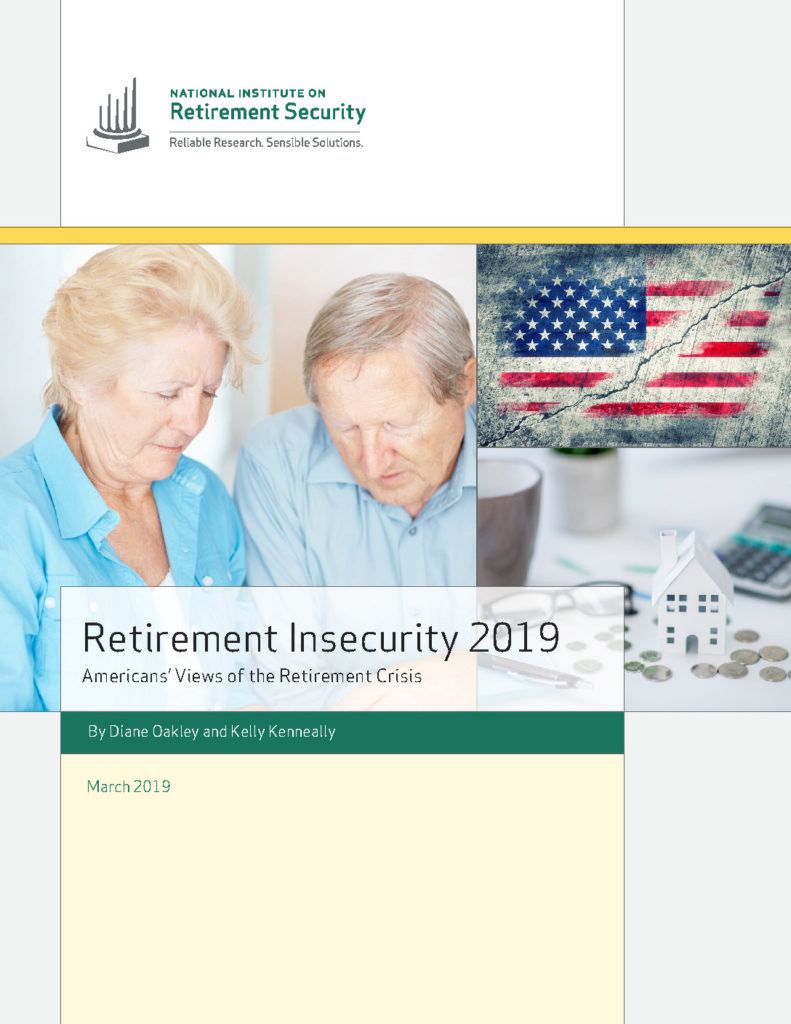