Defined benefit pension income plays a critical role in reducing the risk of poverty and hardship for older Americans.  Poverty rates among older households lacking pension income are about six times greater than those with such income.

The study finds that pensions reduce – and in some cases eliminate – the greater risk of poverty and public assistance dependence that women and minority populations otherwise would face, The Pension Factor reveals.

Key findings indicate that pension receipt among older American households in 2006 was associated with: 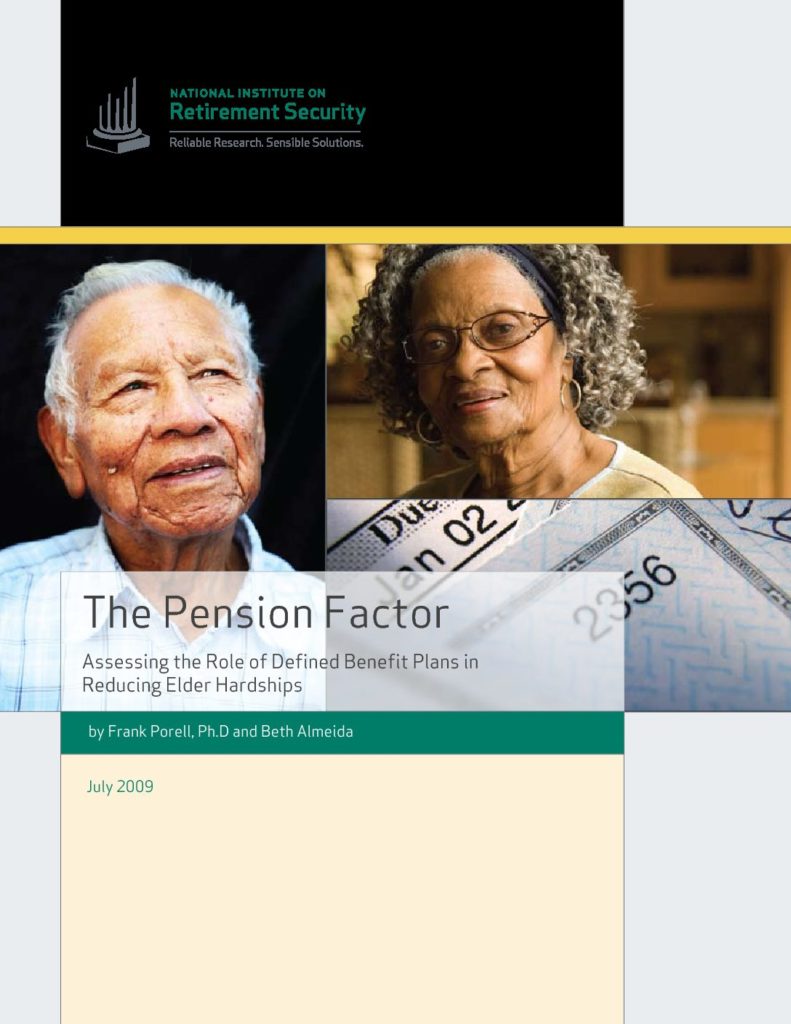