These findings are contained in a new research report, The Retirement Savings Crisis: Is it Worse Than We Think?, located here. The findings confirm that the American Dream of retiring comfortably after a lifetime of work will be impossible for many. Based on 401(k)–type account and IRA balances alone, some 92 percent of working households do not meet conservative retirement savings targets for their age and income. Even when counting their entire net worth, 65 percent still fall short. 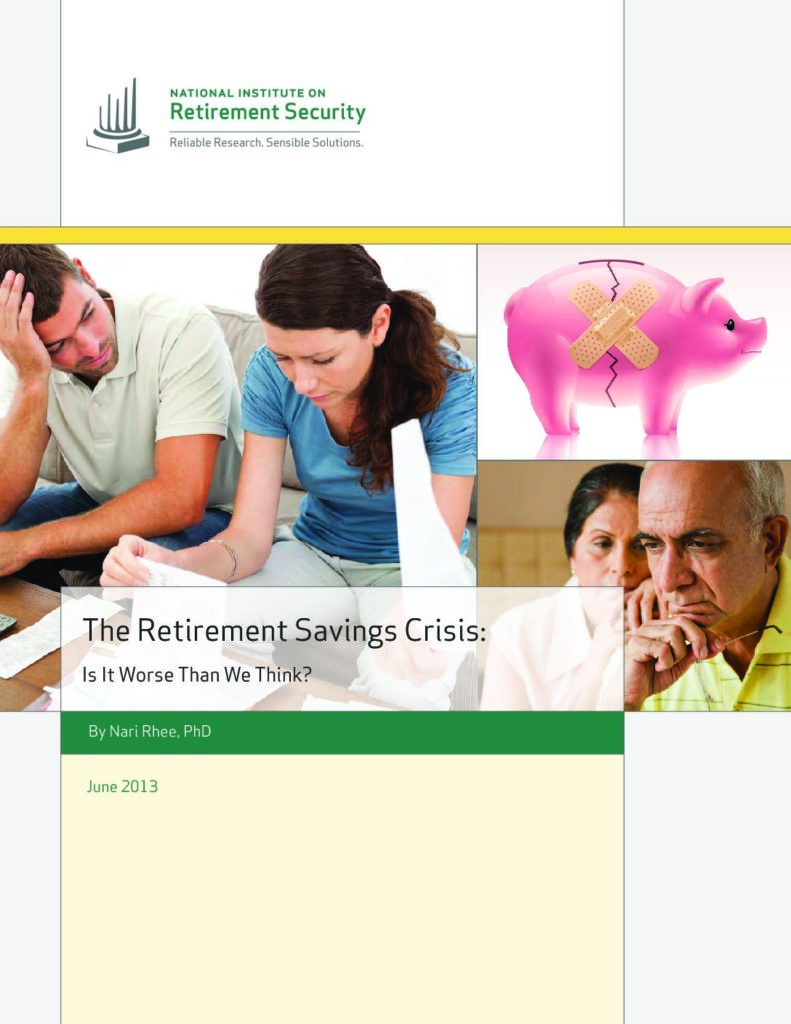