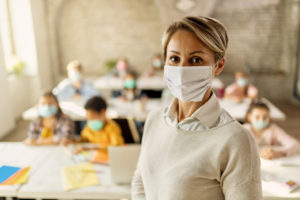 WASHINGTON, DC, March 18, 2021 – As Florida lawmakers consider legislation that would strip away pensions for teachers, a new state-wide survey finds that Floridians overwhelming support providing these retirement benefits for the state’s education workforce. Eighty-seven percent of working-age Floridians agree that teachers in the state should continue to have a choice between a pension and a 401(k) account, and 82 percent say it is important to provide teachers with competitive retirement benefits to attract and retain teachers in Florida.

These findings are based on state-wide survey of working-age Floridians conducted by Greenwald Research on behalf of the National Institute on Retirement Security and the Florida Retired Educators Association (FREA) to measure public sentiment on a broad range of retirement issues.

The Florida legislature is considering legislation that would end pensions for new state employees beginning in July 2022. Other states that have replaced pensions with 401(k)-style accounts have seen taxpayer costs escalate while weakening public employers’ ability to recruit and retain experienced employees and undermining retirement security.

The recent FRS funding shortfalls largely can be attributed to Florida lawmakers diverting their required pension contributions to Florida’s General Fund during the Great Recession. Legislators used state employees’ retirement savings to balance Florida’s budget to the detriment of the FRS pension funding. This money still has not been fully returned to the educator’s retirement plan, and now legislators have introduced legislation that would make managing the pension fund more difficult, raise taxpayer costs, undermine teachers’ retirement, and hurt the state’s ability to recruit and retain teachers.

Information for this study was collected from online interviews between December 4–10, 2020 and February 23-25, 2021. The final data were weighted by age, gender, and income to reflect the demographics of Floridians aged 25 and older. The sample was selected using Dynata, an online sample provider.