As many small towns and rural communities across America face shrinking populations and slowing economic growth, a new report finds that one positive economic contributor to these areas is the flow of benefit dollars from public pension plans. In 2018, public pension benefit dollars represented between one and three percent of gross domestic product (GDP) on average among the 1,401 counties in 19 states studied.

These findings are detailed in a new study, Fortifying Main Street: The Economic Benefit of Public Pension Dollars in Small Towns and Rural America.

This new study builds on previous research and adds a deeper level of data and analysis. This research examines data from nineteen geographically diverse states representing every region of the country. The analysis utilizes data from a majority of public pension plans in those states and the data was collected directly from those plans to guarantee its accuracy. To compare the results to those of previous studies, this report considers pension benefit dollars as a percentage of total personal income in each county.

This study also offers a major new element that is possible because of newly-available data. In December 2018, the U.S. Department of Commerce’s Bureau of Economic Analysis (BEA) made available for the first time ever Gross Domestic Product (GDP) by county data. Initially, this data only covered four years, but in December 2019, BEA released a new set of GDP by county data covering the years 2001-2018. This study uses this new 2018 data as it is the most recent data available. In addition to this economic data, the report examines changes in a county’s population from 2000 to 2018 to determine if there is a connection between the economic impact of pension benefit dollars and growth or loss of population in the county. 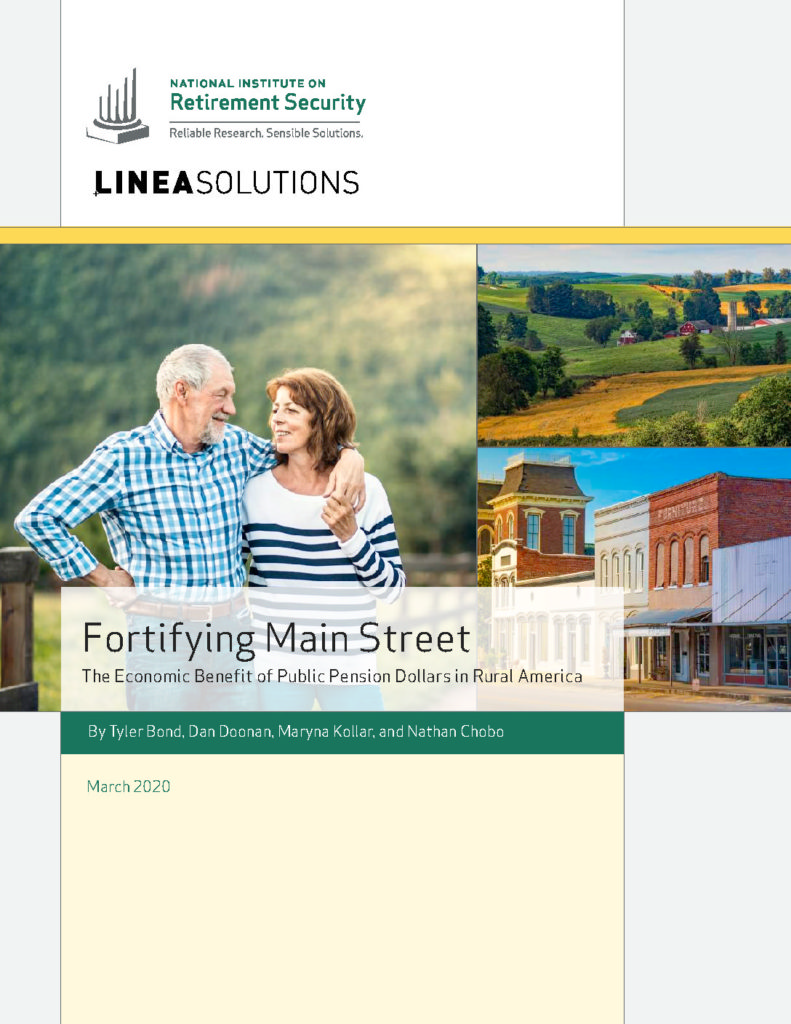