Fortifying Main Street:  The Economic Benefit of Public Pension Dollars in Small Towns and Rural America illustrates the impact of benefit dollars from public pension plans according to several different measures: as a percentage of GDP by county; as a percentage of total personal income by county; and by categorizing counties as metropolitan, small town (micropolitan), or rural.

Authored by Dan Doonan and Tyler Bond from NIRS, along with Nathan Chobo from Linea Solutions Inc., this study builds on previous research and examines data in 43 states from a majority of public pension plans in the states.

To ensure accuracy, the data for this report was collected directly from each pension plan. 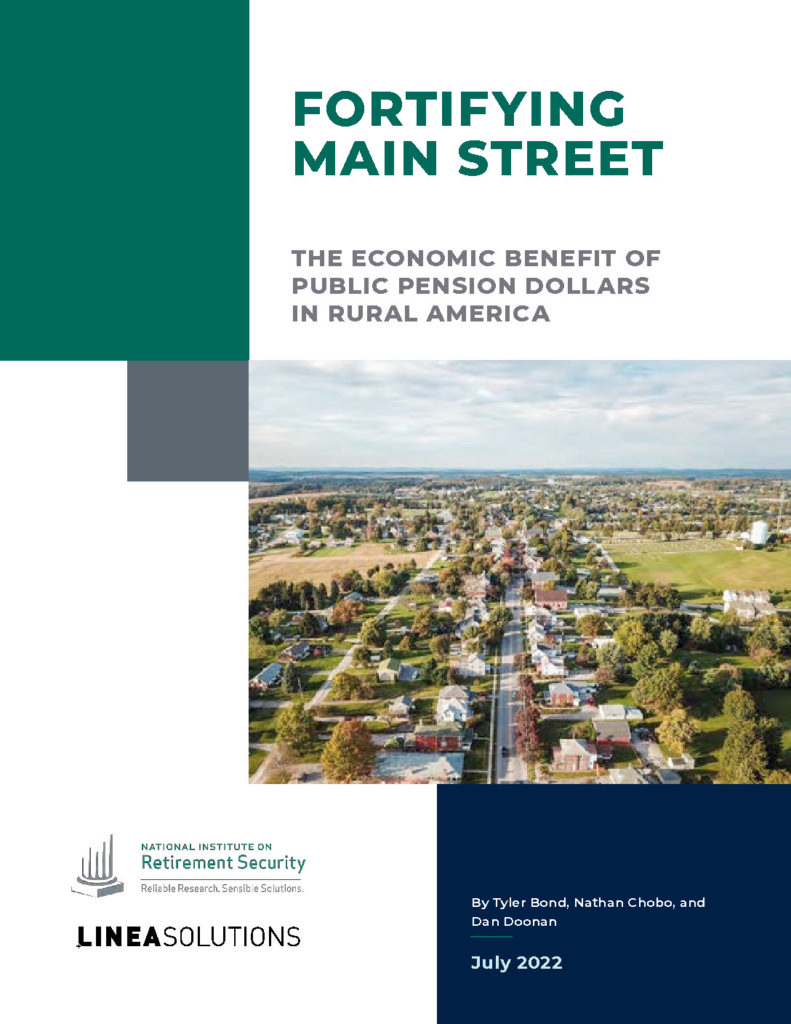