Economic gains attributable to private and public sector defined benefit pensions in the U.S. during the COVID-19 pandemic were substantial, according to Pensionomics 2023: Measuring the Economic Impact of Defined Benefit Pension Expenditures. This report calculates the national economic impacts of U.S pension plans, as well as the impact of state and local plans on a state-by-state basis.

This report finds that retiree spending of public and private sector pension benefits in 2020 generated $1.3 trillion in total economic output, supporting nearly 6.8 million jobs across the nation. Pension spending also added nearly $157.7 billion to government coffers at the federal, state, and local levels. A map with downloadable state fact sheets regarding the economic impact of state and local pension plans is available here.

Pension expenditures are especially vital for small and rural communities where other steady sources of income may not be readily found if the local economy lacks diversity. As many small towns and rural communities across America face shrinking populations and growing economic challenges, recent research finds that a positive economic contributor to these communities is the flow of benefit dollars from public pension plans. In 2018, public pension benefit dollars represented between one and three percent of GDP on average in the 2,922 counties in the 43 states studied.

The purpose of Pensionomics 2023 is to quantify the economic impact of private and public sector pension payments in the U.S. It also quantifies the impact of public pensions in each of the 50 states and the District of Columbia. Using the IMPLAN model, the analysis estimates the employment, output, value added, and tax impacts of pension benefit expenditures at the national and state levels. Because of methodological refinements explained in the Technical Appendix, the state level results are not directly comparable to those in previous versions of this study. 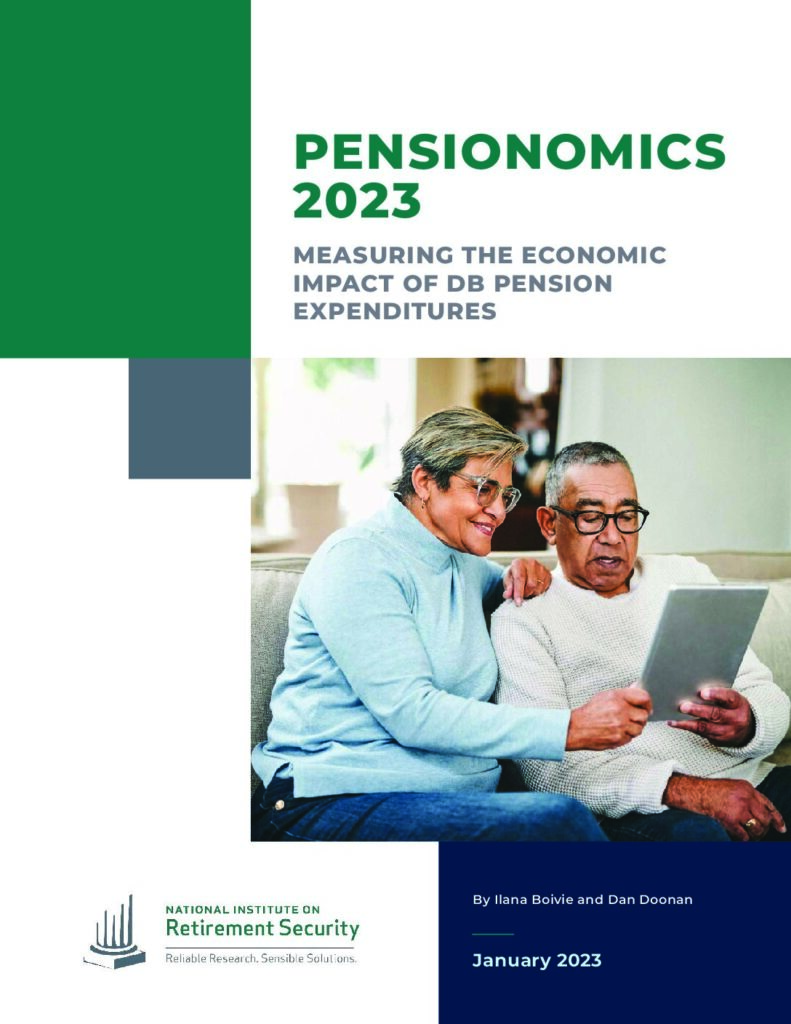